There is nothing better than a nice hot shower, whether that is the first thing in the morning or the last thing at night. However, we have all had times when we have stepped into the bath and slipped over. Now there is nothing worse. Walk-in showers eliminate that issue, by not needing to step into anything. You just walk in.

Here at TheHouseWire, we have dedicated some time to find the best examples that are available to you on the internet. Take a look through them, and let us know which is your favorite in the comments section below.

If the modern look is what you are going for, then perhaps a full glass walk-in shower is the right choice for you. The wooden cladding walls almost look Mid Century Modern, yet the full glass shower looks much more modern. 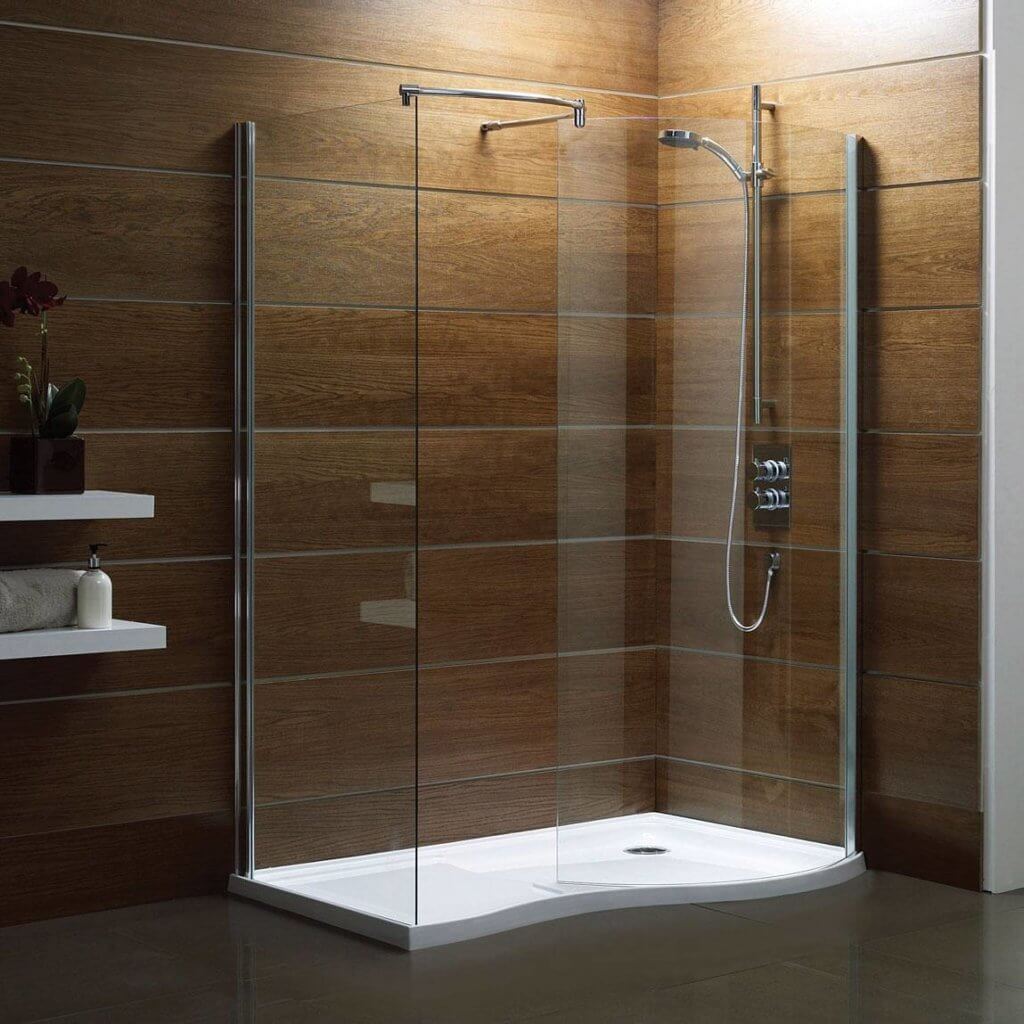 As you can instantly see, these would not be great if you require some privacy when you are showering. However, if there are only a few people in your house, and you have a lock on the door, then they will turn any bathroom into a stunning visual centerpiece of the home.

The contrast between the white base and the dark floor gives it an even more modern feel.

Perhaps the modern look is not really what you want. If you have an older house, or the decor in your home is more of an extravagant look, then a stone shower may fit better. 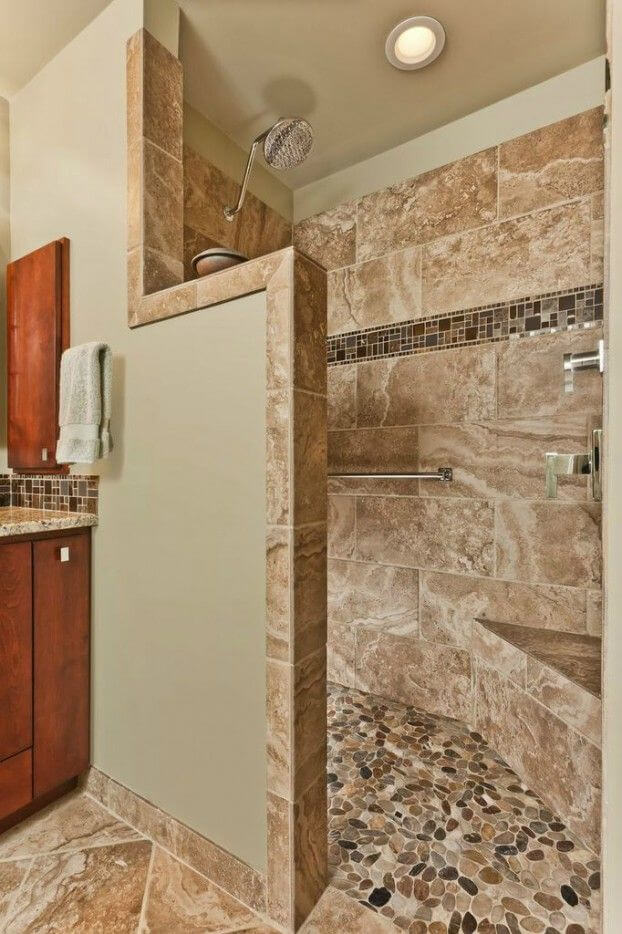 The real beauty of this shower is that it almost looks Roman baths-esque. It is the sort of place that you can imagine filming of a hair shampoo advert to be. One other great feature of this is the corner seat. Not only does it look great, but it also provides some great functionality too.

The floor is stone, so if you are worried about it being slippy, you could use a slightly rougher floor so that it has it’d own built-in anti-slip.

Half and Half Walled Shower

Not everyone wants a full glass or full walled walk-in shower like the previous two images. Therefore, you may choose to have a half and half wall. If you are planning this from scratch, you could have the wall built to just the right height to conceal yourself, while having the top open to allow you to see out. 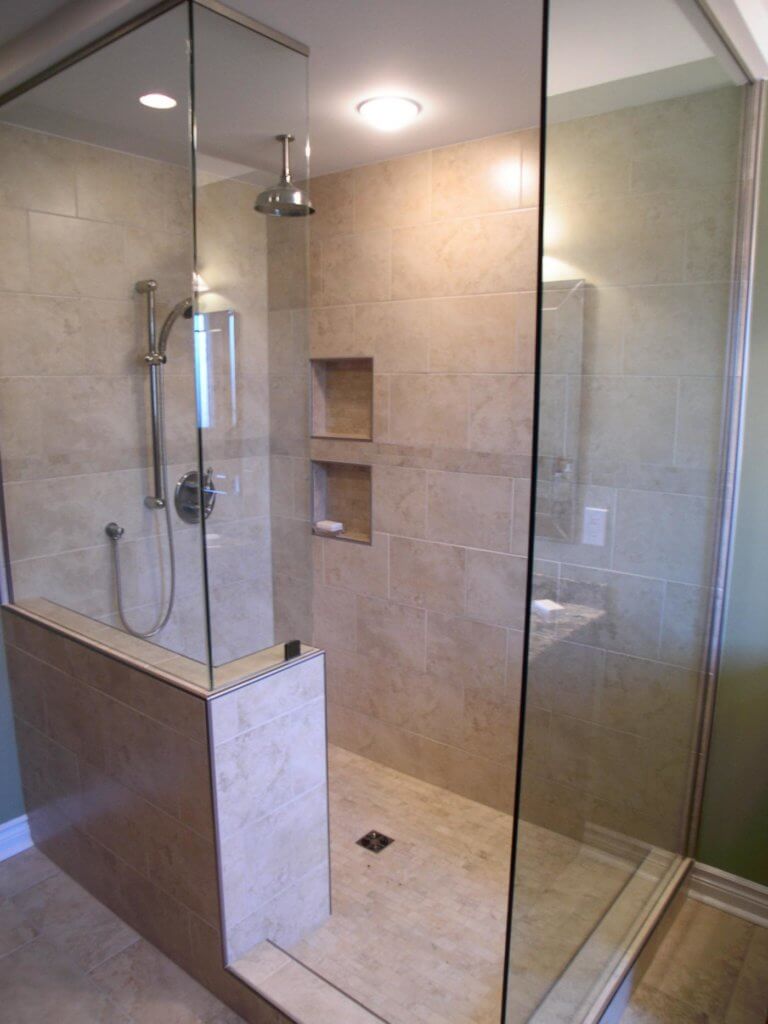 The alcoves in this image and the final picture are great additions that I have mentioned before. It gives you storage space without the risk of hitting yourself on the shelves that would otherwise be there.

Although admittedly, neither of these showers are precisely small, the principle of them still stands. The principle is because there is a wall on three sides of the shower. There is then only glass and an opening on one side. That fact makes them ideal for any nook that you may have in your bathroom. 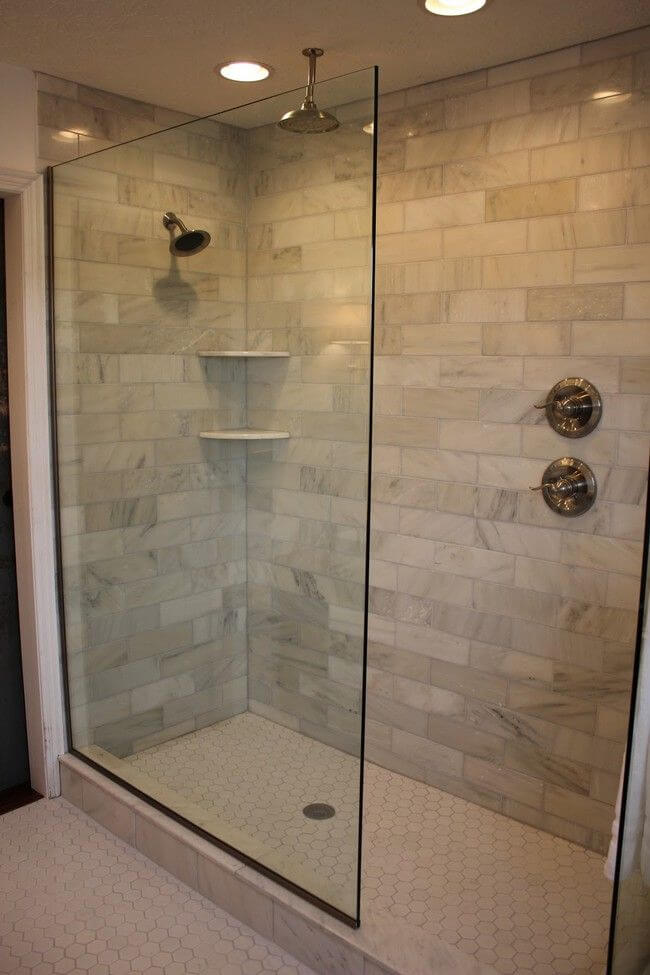 As you can see from the image above, and bellow, the principle can be added to any shape of the nook that you may have. In the picture above, you have the opening on a large wall, but a smaller amount of depth. In the image below, it is the opposite way around. The image below looks like the shower is fit into a square space with two showerheads. Of course, you could change this, and only one shower head mounted. 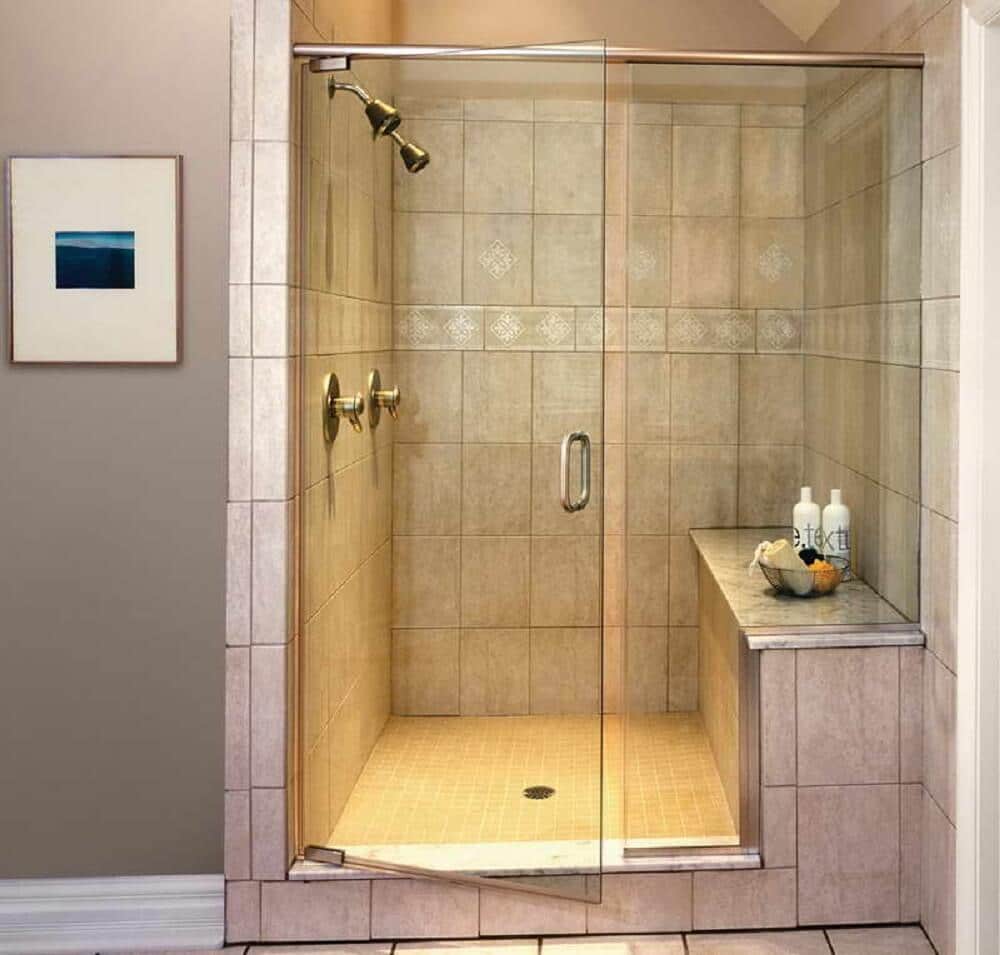 The other feature that I love with the square shower is the bench seat. Being able to sit down in the shower is a great feeling, not to mention the assistance that it gives you with washing your lower body.

Perhaps you have ample space to have a shower. This next image looks about the same size as my whole bathroom. That means that if you wanted to, you could have a complete wet room by taking your bath out and still have a shower like this. 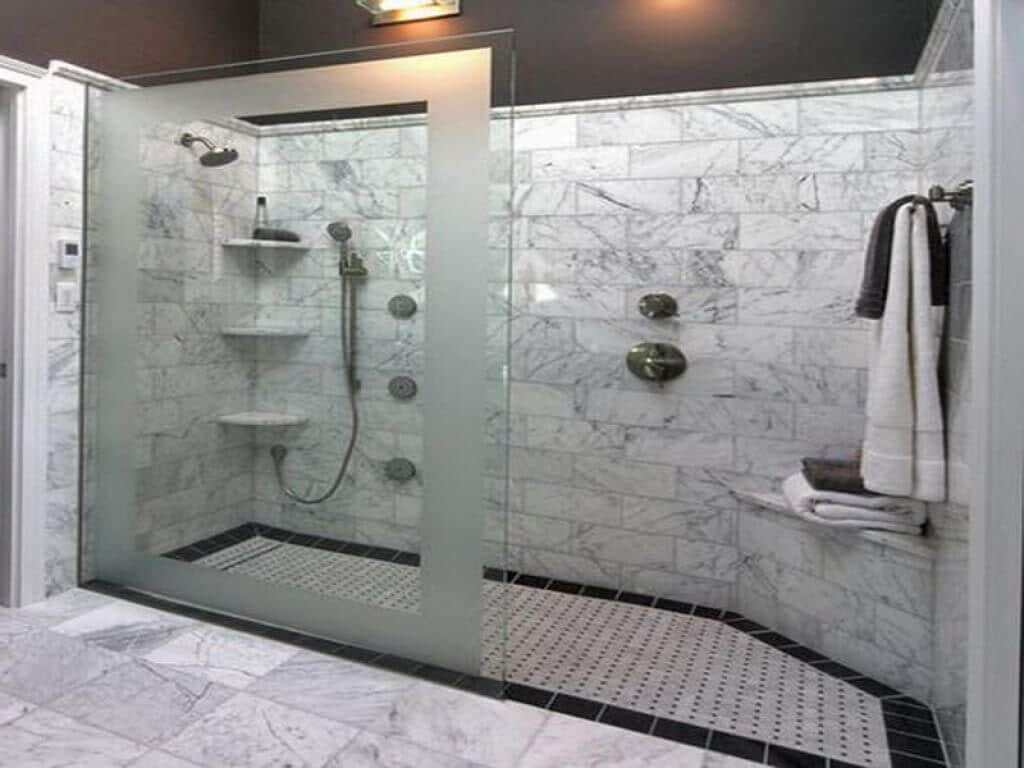 When space is on your side, I genuinely believe that this sort of shower is beautiful. Although, just like the full glass shower at the beginning of this article, privacy is at a minimum. This shower looks so big that it has a fixed head, a removable head, and three wall-mounted jets. This shower is a real luxury.

This next walk-in shower is so modern and different, and I don’t think that it would look out of place in a garden show. It has aspects of a water feature. 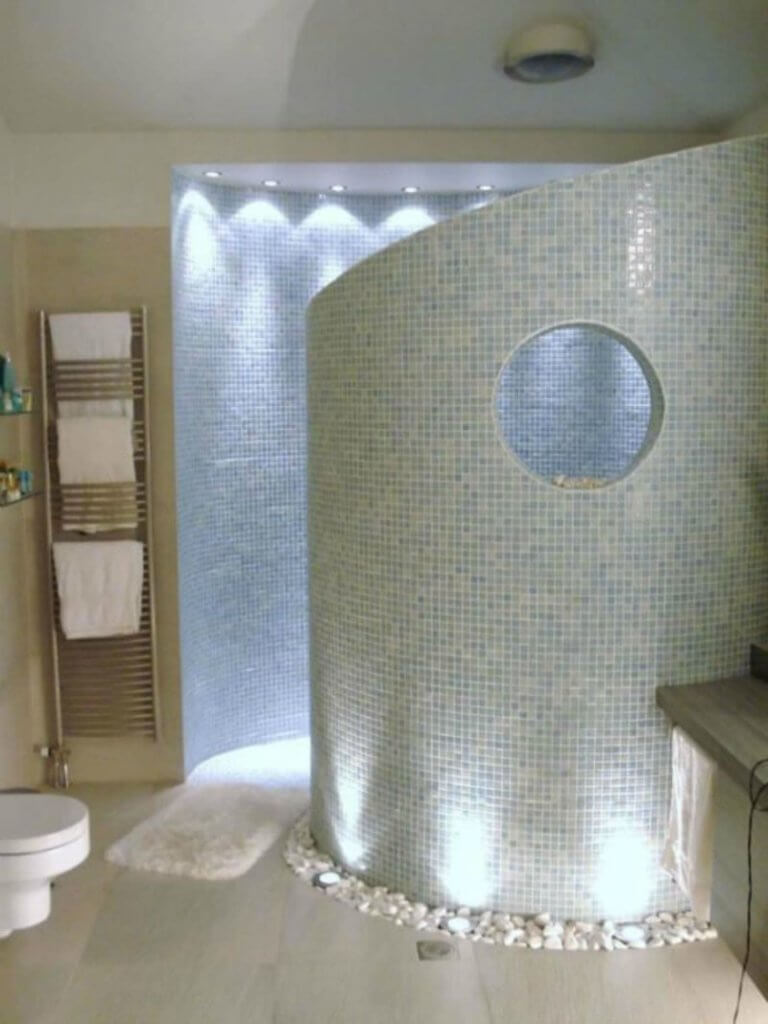 The small square tiles all around the shower give it an appearance of it being marble or granite from a distance. That look only adds to the appeal of it too. One of the other great features of it is the lighting. Lighting is a significant aspect in all rooms of the home, so never underestimate it. I would love to see what this shower looks like with the water on, and steam rising from the top. I beth the lights make the water and steam dance.

If you are feeling more adventurous, you could consider a double walk-in shower. This next image is an excellent example of one too. It has an air of the stone shower from earlier on in the article, but it has taken on a much more modern look. 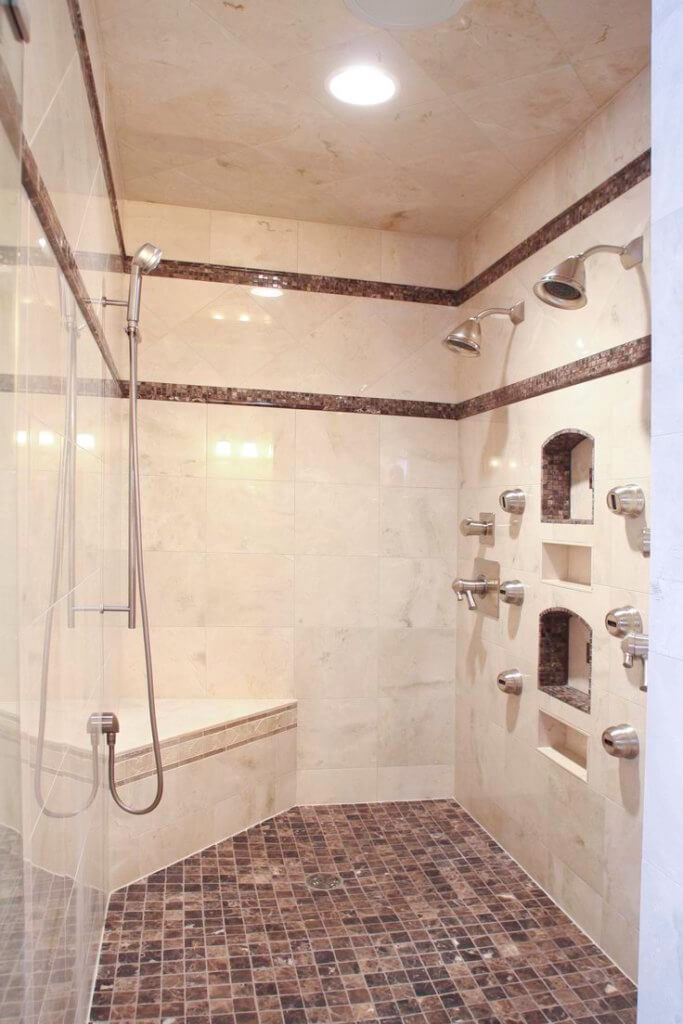 All of the chrome and stainless steel fittings shine in the downlight. The alcoves in this one, as I said earlier, add great storage space for your washing essentials, without taking any standing space. However, as you can see, remember to tile them, and make sure they are watertight. The last thing you want is to have all of this work done, to find your tiles falling off because water got it!

Walk-in showers are amazing. I could leave it at that because that is what they are. They look great, they have substantial functionality benefits, and there are s many options for them. But one word of advice, make sure you plan it well, and for the long term. These are not going to be something that you want to redo every couple of years.

Make sure that you think about your style and health when you plan too. Try to pick something that you know that you will still like in five years, and ensure that you choose something that can either be easily modified or is ready for your health conditions that may be present in that time.

Let us know in the comments if you have any other great suggestions!

Also Worth Your Time 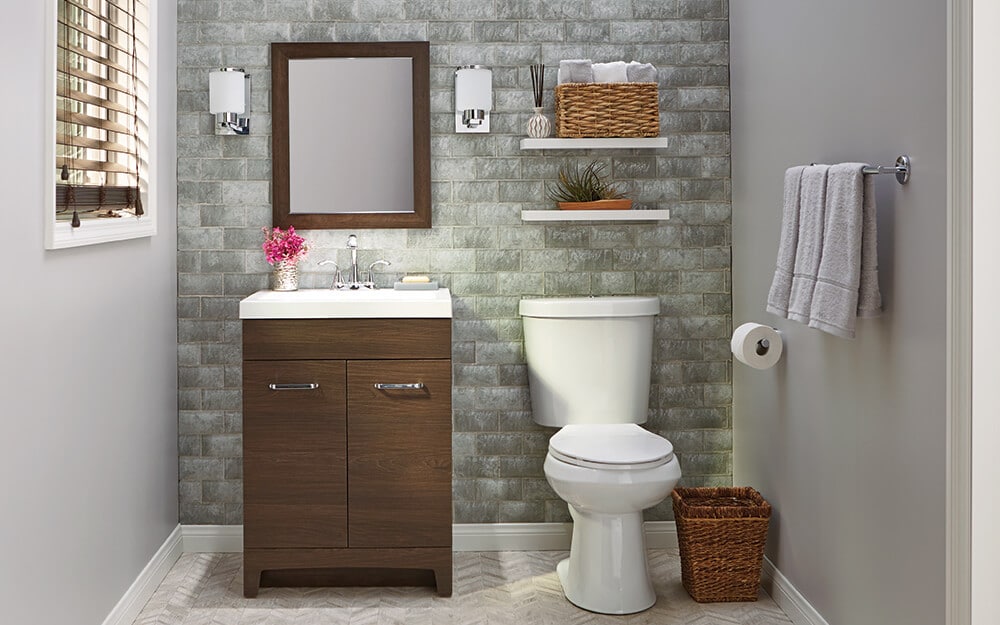 5345 home owners can't get wrong. Benefit also from all of our tips and DIY. Today.

© Copyright 2020 by The House Wire
×
0 Shares
Tweet
Share
Share
Help to prevent the spread of coronavirus. For the latest information on COVID-19, go to the CDC's website.Ok